The Monopoly on Covid-19 Vaccine 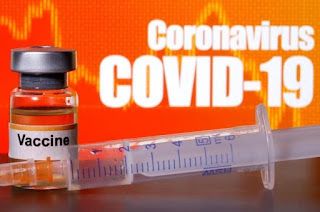 The COVID-19 vaccination program in the Philippines is an ongoing immunization campaign against severe acute respiratory syndrome coronavirus 2 (SARS-CoV-2), the virus that causes coronavirus disease 2019 (COVID-19), in response to the ongoing pandemic in the country.

The Food and Drug Administration (FDA) has issued emergency use authorizations (EUA) to Pfizer–BioNTech, Oxford–AstraZeneca, Sinovac and, Sputnik V COVID-19 vaccines. There are eight other vaccines on order for the program, at varying stages of development.

The senators, in a show of unity, wondered what was stopping the cash-strapped national government from allowing private companies and local governments to take up the slack so the Philippines could catch up with its Southeast Asian neighbors in the race to get their shares of the fast-diminishing global supply of vaccines.

The discussion turned heated at certain points, but the senators were near unanimous in questioning what they described as a virtual government monopoly in vaccine procurement.

That question by Senate Minority Leader Franklin Drilon hit officials in charge of the coronavirus vaccination program hard on Monday as senators pressed them to explain vaccine procurement bottlenecks, including why the government appeared to be bent on cornering the acquisition of COVID-19 shots.

The COVID-19 Immunization Program Management Organizational Structure was formed on October 26 with the intention of it overseeing the distribution of COVID-19 vaccines once these became available. However, by November 6, the vaccine body was abolished and replaced with a vaccine cluster within the National Task Force Against COVID-19 of the Inter-Agency Task Force on Emerging Infectious Diseases (IATF-EID). The vaccine cluster is distinct from the national task force's COVID-19 response cluster.

Sen. Recto was following up on a point raised by Sen. Panfilo Lacson, who cited various cases of bureaucratic red tape in the Philippines, including a botched deal between unidentified local governments and the UK pharmaceutical company AstraZeneca that he said should have been coursed through the Go Negosyo entrepreneurial group.

“My question is, why is [the] government making it difficult for the private sector to just do it themselves?” Lacson asked. At present, only the national government is authorized to negotiate with pharmaceutical companies, including Pfizer of the United States, AstraZeneca and China’s Sinovac and Sinopharm, for COVID-19 vaccines.

The Food and Drug Administration (FDA) on their part is the agency tasked to review and approve the use and commercial distribution of COVID-19 vaccines in the Philippines as well as the issuance of an emergency use authorization for the same.

Several local governments have signed deals to buy vaccines from the British pharmaceutical company AstraZeneca, but as part of a tripartite deal that involves the national government.

“Local governments are able to purchase vaccines, but it has to be through entering a multilateral agreement for the advanced purchase of AstraZeneca,” presidential spokesperson Harry Roque said at a press briefing.

“We are not prohibiting and the national government has no monopoly on the purchase of vaccines,” he added. 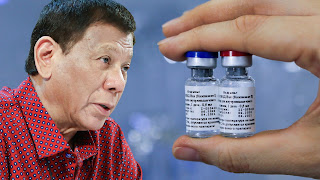 According to Roque, a multilateral agreement has to be forged because AstraZeneca is part of COVAX, a World Health Organization pool set up to ensure fair and equitable access to COVID-19 vaccines, and only states are involved in the system.

Local governments and private companies are not part of COVAX, Roque said.

“For purposes of COVAX, there has to be a multilateral agreement because what is involved in the agreement is the Philippines,” he said.

Roque also said the multilateral agreements for the vaccine purchase state that local governments would be the ones to pay for the vaccines they would buy.

They would also pay for the delivery of the vaccines to them and would draw up the plan for the distribution of the shots to their residents, he added.

The Philippines' vaccination officially began on March 1, 2021 shortly after the arrival of the first batch of vaccines from Sinovac. Prior to the official roll-out, a dry run was conducted to ensure that the vaccines, especially temperature-sensitive ones, would be rolled-out with minimal problems.