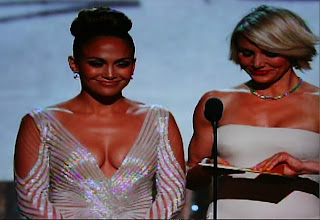 Did J-Lo have a nipple slip during the 2012 Oscars. Probably not. But here's a photo of what people claim is the Jennifer Lopez wardrobe malfunction at the 2012 Academy Awards.

Despite what viewers think they may have seen, Mariel Haenn has insisted there was no wardrobe malfunction. 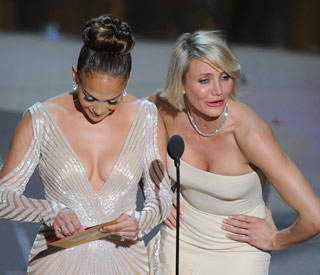 J-Lo became a talking point of the ceremony when she presented the Oscar for Best Costume Design and Make up with Cameron Diaz.

Her signature plunging neckline shifted just a little bit, leading some people to think they had seen rather more of the Latin diva than was strictly necessary.

Jennifer Lopez has done it again! No, it's not her scintillating performance that we are talking about. Rather it is her little nip slip at the 2012 Oscars that has set the Net abuzz.

J.Lo wore a low cut white Zuhair Murad gown and flaunted her décolletage for the 2012 Oscars ceremony Sunday night during the Oscars and exposed a little too much while giving away award for the best costume designer with Cameron Diaz.

But J.Lo is not the only celebrity who suffered this serious wardrobe malfunction at the Oscars. Check out the photos of other celebrities who had the similar nip slip incidents in the previous editions of the prestigious Academy Award ceremony. 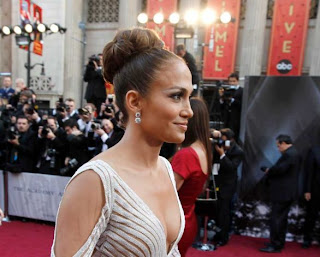 The Internet is atwitter with debate over whether Jennifer Lopez had a wardrobe malfunction at Sunday night's Oscars. The controversy is focused on a dark spot at the edge of her plunging neckline and whether she bared too much breast for network television.
The nip slip in question allegedly occurred when J. Lo and Cameron Diaz came out on stage to deliver an early award.

But J. Lo's stylist, Mariel Haenn, says there was no slip.
"The dress fit perfectly to every inch," she said. "While the dress did give the illusion of sheer-ness, joke's on everyone who wishes they saw something!"
at 11:47 PM 1 comment: Links to this post 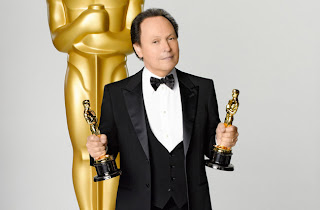 The Oscars are finally here. Check out everyone who takes home a gold trophy live as it happens:

Film Editing: Kirk Baxter and Angus Wall, "The Girl with the Dragon Tattoo"

Original Song: Bret McKenzie, "Man or Muppet" from "The Muppets" 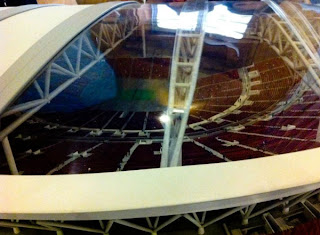 Hanwha Engineering and Construction Corp. began work on the world’s largest domed arena in the Philippines on Thursday.

The work for the $175 million contract, signed on Aug. 4, got underway in a ceremony attended by Hanwha E&C officials including vice chairman Kim Hyun-chung and those from the Filipino Christian organization Iglesia Ni Cristo that issued the contract.

The facility located near Manila, named the Philippine Arena, will be fitted with 50,000 seats and its domed roof will be nearly 36,000 square meters, making it the world’s largest domed arena, the company said. 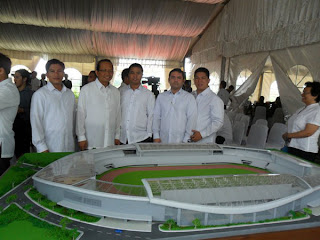 Hanwha E&C said that the work will be carried out over 30 months to be finished early 2014.

“By winning this contract for building the world’s largest dome arena, the company was able to prove its technological capabilities and the ability to carry out overseas projects,” Kim said in a statement. The company said that in the biddings for the contract, it competed with China’s Jiangsu International and the Philippines’ largest construction company EEI Corp. The project will be conducted in design-build process in which the contractor is responsible for all related processes from designing to building the facility, the company said.

“As the bridgehead for the Southeast Asian market, the project is expected to bring opportunities for more civil engineering and construction projects in the region.”

The project opens a new market for Hanwha E&C, which has focused mostly on the Middle Eastern markets, as it drives to become one of the world’s 100 largest construction companies. 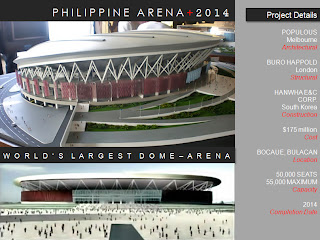 Earlier this year Hanwha Engineering and Construction announced plans to become one of the world’s top 100 builders by 2015 with an annual sales figure of 5 trillion won ($4.65 billion), and win contracts worth 7 trillion won in that year.

The plans also revealed that the company will diversify its overseas portfolio to include civil engineering projects, and to expand into solar power and other renewable energy businesses.

Also as part of the plans, the company hopes to expand its overseas generated income by more than 20 percent each year with the aim of raising 40 percent of its annual revenues from overseas sources by 2015.

In the Middle East, Hanwha E&C has made significant headway this year, winning a series of contracts including an urban development project in Iraq.

The contract, issued by Iraq’s National Investment Commission, is valued at $7.25 billion, making it the largest overseas construction project to be won by a Korean construction firm. 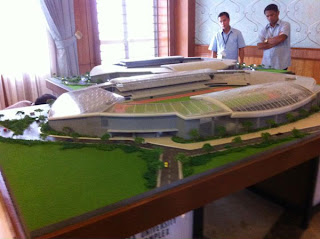 Construction of the Arena was awarded to Hanwha Engineering and Construction Corp. (www.hwenc.com).

Hanwha Engineering and Construction Corp. will take the helm in the construction of the edifice which is expected to complete in 30 months. The company is known for their efficient, state-of-the-art and massive building system that can allow them to create cities in shorter span of time.

Their current projects include the construction of a new town east of Bhagdad worth USD 7.25 Billion, and the development of the eco-friendly housing complex which is expected to accomodate approximately 12,000 housing, educational, cultural and commercial facilities in Incheon, South Korea.

The Philippine Arena would be a great place to house the most prestigious event of the Iglesia Ni Cristo (INC) which is the Centennial (100th Anniversary) celebration by year 2014. It could be also a most spacious place to host a grandeur Grand Evangelical Mission (GEM) or it might be the next Olympic Games Arena.

According to the Korea Herald, Philippine Arena is estimated to be worth $175 million contract which was signed on August 4, 2011. It has a seating capacity of 50,000 (seats), floor area of 74,000 square meters and its domed roof is nearly 36,000 square meters which makes it the "World's Largest Dome Arena".

Hanwha E&C will work for the said project for over 30 months and will be completed by 2014. The company said that the project will be conducted in design-build process in which the contractor is responsible for all related processes from designing to building the facility.

INC said that the Philippine Arena will be built for the Centennial Project during the 100th Founding Anniversary of the Iglesia Ni Cristo (INC) in July 27, 2014.

The picture below shows the area of location where the Philippine Arena is going to be built. 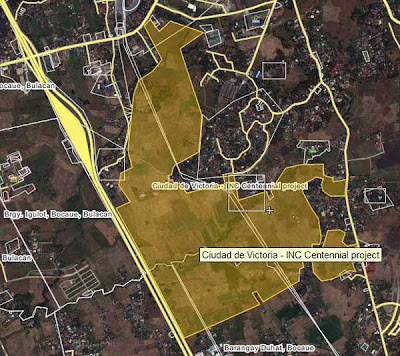 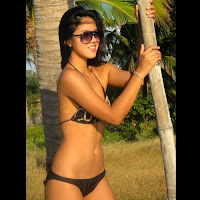 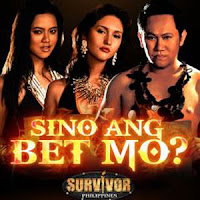 But for now, we have one last opportunity this season to cheer for our favorite castaway in this site. So go ahead and post to support your true celebrity sole survivor. Again the jury's votes are in.
at 1:04 AM 1 comment: Links to this post 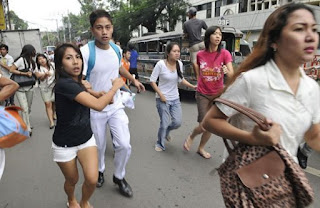 The 6.8-magnitude quake hit a narrow strait between the heavily populated islands of Negros and Cebu around lunchtime Monday with more than 200 aftershocks, some nearly as strong, causing further panic throughout the day.

Local military chiefs said 43 people were confirmed killed, but officials warned the death toll may rise. Dozens of others are feared injured or missing with landslides having blocked roads for rescuers in mountainous areas.

"Heavy equipment we've requested from the provincial government has not arrived yet, because the roads and bridges are impassable," said Senior Inspector Alvin Futalan, police chief of Guihulngan town on Negros that was among the most heavily damaged.

Thirty-nine people were reported killed in Guihulngan, a coastal city of 100,000 people flanked by mountains that was close to the quake's epicentre.

The city's public market, court house and private homes in the area had collapsed or were damaged, while landslides buried some houses completely, according to Fatulan.

He said the city's overwhelmed 42-man police rescue squad had been joined by hundreds of army troops and volunteers in clearing debris as they raced against time to find people still believed missing.

"The army (troops) had to walk about 50 kilometres (30 miles) from the last stop reachable by vehicle to reach us," Fatulan said.

Guihulngan is about 90 kilometres to the north of Dumaguete, the capital of Negros Oriental province that covers the southeastern edge of Negros where the worst impacts of the quake were felt.

Cebu, the Philippines' second biggest city with 2.3 million residents and a popular tourist destination, was 50 kilometres from the epicentre and shook violently during the initial tremor but no deaths were reported there.

The Philippines sits on the Pacific "Ring of Fire" -- a belt around the Pacific Ocean where friction between shifting tectonic plates causes frequent earthquakes and volcanic activity.
at 5:59 PM No comments: Links to this post